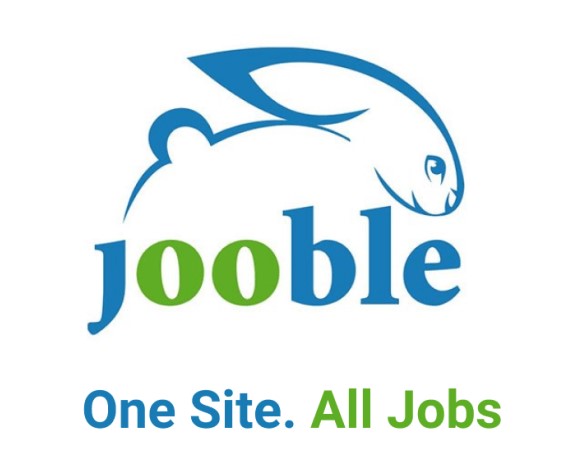 LOCKDOWN?
IMPROVE YOUR SKILLS AT HOME
LEARN HOW TO DESIGN & DEVELOP WEBSITE
AND HOW TO PROMOTE YOUR WEBSITE

What I will teach?
I will teach how to design or develop website. This course will include complete training. I will give you .website extension free domain (* to get .com or .in you need to pay for it extra see below) and free hosting server to start (valid for 1 year).

How I will teach?
I will give you some videos to watch first, and then I will be available on Call, WhatsApp, Skype, Facebook, Email etc to teach you step by step.

Then for making/developing/designing dynamic website in WordPress (it’s the easiest option just like MS Word, very user friendly & powerful) you need to first install WordPress on your hosting server.

After that you need to login to your WordPress admin and install free theme/design. It will be a complete professional website as per your requirement. But you need to work on it as per my instruction.

Then you need to customize this theme as per your requirement, like you need to replace existing logo with yours, you need to create pages like about us, team/management, services, contact us page with contact form and Google map etc. Then you need to show these to top menu place to open it by clicking. You may create unlimited pages website or edit existing pages anytime.

How much is the course Fees: Rs 2000 or $25
Duration: 2 hours class (on 2 different days / timings) and later 1 month’s technical support on Email, WhatsApp, Skype, Facebook etc. Contact me if you stuck somewhere and need my help valid for 1 month.

Course Includes all above and below:

NOTE: You need to give time to learn and design your website

MAKE PAYMENT BY CLICKING BELOW LINK
& THEN COMMENT BELOW YOUR NAME & COURSE
OR SEND EMAIL TO info@windsong.co.in (your name & course)
Pay Fees Online by ATM Debit Card or Credit Card etc
Or by Paytm, Google Pay (+91-9899-400404)

Course 1. SEO On page: SEO friendly website – I will teach how to make website SEO friendly, how to add title, meta & description tags, image alt/title tags (it’s very important to do this, it should be different for every page on website and it should be within character limit), good title, how to make robot.txt and sitemap.xml , how to speed up your website, why responsive website is good for ranking, why SSL secured website https is must for good ranking, etc

Course 3. Social media marketing: I will teach how to use Social media for promoting your business/services, how to post so that it improve your website ranking, how to reach millions of prospective clients in less time etc

MAKE PAYMENT BY CLICKING BELOW LINK
& THEN COMMENT BELOW YOUR NAME & COURSE
OR SEND EMAIL TO info@windsong.co.in (your name & course)
Pay Fees Online by ATM Debit Card or Credit Card etc
Or by Paytm, Google Pay (+91-9899-400404) 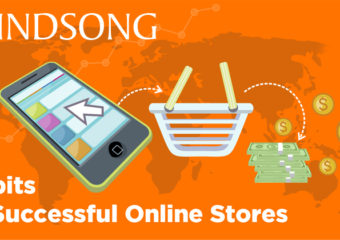 Customers now go online to shop. Customers want products and services that cater for their needs and they require an attractive e-commerce website.

E-commerce strategies that every expert ecommerce development company adopts to make your business successful are: 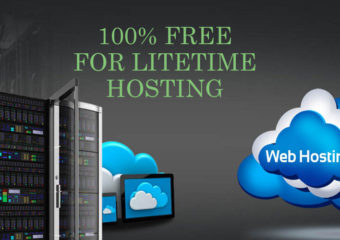 Yes you have heard it right!

– This is a shared hosting –

– You can use your domain, its not like sub domain –

Support: No live support, only email

We need 1 working day to set up

Please update your domain’s nameservers as below:

Please send below details by email to info@windsong.co.in

No monthly plans available. These email are additional to 1 free email account!

~ Hosting terms & conditions are same as hostgator and you agree if you use this package. ~

With the wide spread of the Apple iPhone and smart phones under other brands, the smartphone is gradually becoming a mobile distribution channel for content publishers of all kinds (games, books, press, videos, music, communication , social networks, etc.) in the form of mobile applications from app development companies.  The possibility of distributing audiovisual content gives the smartphone the name of “third screen”, in line with the TV and the computer.What are the economic drivers of this unprecedented distribution of audiovisual content? We have chosen to study how the economic and strategic logics of historical television channels are built in the specific field of mobile and application distribution. Exploiting the mobile screen that is the smartphone as an additional distribution channel is more complex than it seems. How does mobility lead to the development of successful business models for the applications of historical television channels? Our hypothesis is that the mobility condition confronts these audiovisual operators with specific uses and a new and complex techno-economic environment.  We suggest that the smartphone is not just another distribution channel: setting up the economic space for their benefit mobile platforms imposes a techno-economic framework for application publishers. This organization promotes a disadvantageous market structure for channel applications. Finally, in these conditions, the business models applied to the applications are precarious.

Analysis The offers of channel packages developed and distributed by mobile operators (TV3G) since 2006 are not satisfactory to the channels.  Querbes-Revier (2012) shows that mobile operators were looking at that time, to make profitable investments made for the development of 3G networks. They then designed enriched offers of services and content and became portals. Television has emerged as an attractive product of appeal, allowing these telephone salesmen to differentiate their products to maintain a high pricing of packages and avoid a war on prices between operators.  Mobile TV has spread to operators, in the form of paid options in addition to the package, and in the form of bouquets or bundles [Bomsel, 2007] including a time of telephone communication, a volume of data for navigation Mobile Internet and a bouquet of TV channels.

The smartphone, a promising alternative Finally, the smartphone is democratized; between 2008 and 2012 their sales rose from 1.8 million to 13.5 million units (GFK).  As of 2010, Médiamétrie notes that 73% of mobile users have already surfed the Internet with their phones and that among them; the proportion of owners of iPhone continues to grow.  These terminals and their specific application-based content distribution system promise greater editorial autonomy, both for the content offering and for the advertising formats. This model appears as a positive alternative for the chains.

Emerging demands and encouraging regulations Our user surveys confirm the concomitant construction of a demand for ergonomic, enriched and free mobile audiovisual offers [Sonet, 2012].  The consumption of synchronous television is marginal on mobile terminals because they are part of a network of constraints of both technical dimensions (need for good network coverage at the time of viewing, access to channels via the often painstaking operator’s portal) and the context (users are looking for short, easily accessible, à la carte content that they can control), as described by focus group participants. Unbalanced environmental components Our analysis highlights as essential components of the environment the state of the dual demand (users and advertisers), the regulation, but especially the techno-economic framework imposed by mobile platforms for the publication of applications.

An unfavorable techno-economic framework: mobile OS The operating systems of smartphones (mobile OS) and associated application stores. The smartphone is a modular terminal that can be delivered to customers of the world. The role of applications is essential, selected and downloaded by smartphonauts; they contribute to singularize the features of their terminal. To maximize the volume of applications in their shop, the mobile OS has “opened their SDK”, which is to put their source code open to developers.  However, the shops impose strong technical and editorial specifications. The case of Apple is particularly interesting because of its coercive nature and its opacity

A disadvantageous market structure The editors of television channels distributing their contents on smartphones are confronted with three markets: that of the users, that of the advertisers and that of the mobile platforms. The mobile platform manager is a singular actor in the market, intermediaries, client duopsone publishers and almost duopoly offerer for the end consumer. In France for example, in 2012, Android and Apple together account for 80% of the OS market share and display about 700,000 applications each [Distimo, 2013].  Although in a situation of competition on the user market, these players are in a position of virtual monopoly on the application publisher market. Their global character and their capital and market power make them key players and able to impose their conditions.

Behavior and precarious performance Benghozi (2012) defines business models as the economic configurations characterizing the forms of production and marketing of a good asset ensuring the sustainability and profitability of an activity. These configurations include cost structures, prices and pricing methods, the value proposition, and the operator’s place in the value network. These four entries will serve as a grid for analyzing strategic behavior and the performance of channel applications.  Significant additional costs While this additional channel is supposed to allow the realization of economies of scale, our study shows that the cost structure relative to the distribution on smartphone, far from being negligible, bears itself important additional fixed costs.  Free pricing as imposed Free is the original model of the historic channels, whether it is free advertising, royalty or both. Moreover, free is the dominant model on the Internet for the consumption of information goods.This pricing strategy is therefore almost imposed on them by the heredity of wireless models and the economic reality of the Internet model. The low willingness to pay for this type of application led the chain to make it free a few months later. Today, two income models cohabit: a marginal freemium model and a largely free model.

Proposals for unequal values The minimum supply of channel applications consists of direct access, catch-up programs, management of favorites, practical services such as weather, road traffic, in ergonomic and dedicated applications.  The value proposition appears relatively high for the consumer at this price equal to zero, but it is not enough today to aggregate important audiences.  The channels generally communicate these audiences in a consolidated manner with all the sites accessible in mobility managed by the channel or the group. In addition, the platform managers retain a large part of the navigation data, research; profiles of smartphonauts, these audiences are poorly known channels

The value network accentuates the precariousness of business models The strong position of these platforms is manifest at two levels. Upstream, in the market of application editors, they exert a technical, editorial and commercial control (level of pricing, distribution of revenues).  They also generate a strong asymmetry of information by not communicating the SEO rules, or navigation data, profiles, users for their shops.

Conclusion When we watch it, the distribution of the historical television channels by smartphone application is nascent. These channels, to meet the expectations of the two demands that constitute their dual market (audience and advertisers), must be present on this new screen. But the smartphone is not a simple screen or additional distribution channel, which would allow the realization of economies of scale by expanding the market. The condition of mobility of this audiovisual distribution is reflected in the injunction made to the chains to integrate mobile platforms powerful enough to impose a techno-economic binding framework (Apple in particular) and to generate strong asymmetries of information. Our analysis shows that at this stage the techno-economic framework and market structure restrict the strategic behavior of the chains and do not allow them to build successful business models. The resulting editorial freedom is accompanied by incentives to provide ever more services, variations and ergonomics and thus to increase the costs of this distribution. Constraints to free, the applications must be an advertising funding. However, the audiences are weak, poorly known and advertising spaces remain insufficiently monetized. Today, the economic behavior of the chains, as to the distribution by application, does not allow generating a evolution of the market structure in their favor. In these conditions, the smartphone appears to be rather considered as a “third-screen” rather than as the “third screen”. 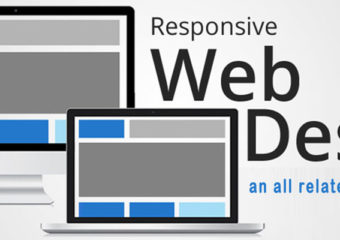 We are also in mobile app development service and provide software development also by our partners companies.